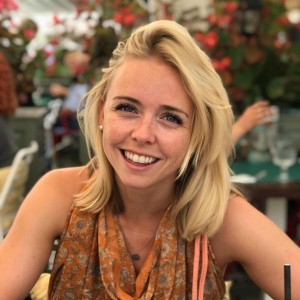 Picture a rainy day in London. Grey, sorrowful and filled with the public’s frantic attempts to keep calm, carry on, but do so as dry as possible. The scene takes place at Highbury and Islington station. Sally-Anne has less than 10 seconds to catch her train, otherwise she’s in for an 11 minute wait, and in London time that roughly equates to about a day and a half. The infamous TFL closing doors beep. She lands one foot in the carriage, the other foot slips on a puddle and shoots straight down the gap – as in ‘mind the gap’. Bewildered and confused (and somewhat injured), Sally-Anne is saved by a hero in a rain poncho cape. And as quickly as the doors shut behind her, the moment is over and nobody cares. No fuss made or seat offered to a now shaken, hobbling woman. Classic London. Sally-Anne, riddled with embarrassment, swiftly attempts to shake it off and play it cool. Then the sensation kicks in, as she sees blood pour down her shin, and she realises that she’s actually quite hurt. The irony of the fall was that Sally-Anne had been running between yoga classes, where she regularly talks about the need to lead a more mindful, conscious life. With a deep breath she took a good, hard look at the conflicting lifestyle she had been enduring. Something had to change. It was at this moment that ‘Operation Slow Down’ was born.

Before yoga, Sally-Anne was a lawyer. She worked hard, played hard and let this pace consume her life. On a deeper level, she always knew this work wasn’t what her heart desired and actively sought out companies who at least attempted to connect with people on a more compassionate level. Determined, she did. She found a company who aligned with her beliefs, but still a different life was calling to her.

Sally-Anne had been exposed to yoga from a young age by her Mother. She mainly used it for relaxation during her legal studies and life in the City. She suffered some serious blows in her 20’s, such as losing a parent and an almighty breakup, which ultimately led her back to yoga. This time all the way to India. She trained in Quantum Yoga with the founder Lara Baumann. A method of yoga which endeavours to give practitioners the skills to spontaneously construct dynamic flowing sequences which are ideally suited to the individual’s present physical, mental and emotional requirements.

I also met Sally-Anne in India, on a separate occasion, whilst attending a beautiful retreat lead by the mystical Misha Varmuza. There was something so infectious about Sally-Anne when I met her. Something assuring and comforting. She quite simply glows and unashamedly shares her spirit with whoever is around her. I met her at a time when I felt timid and small. Like I was in a cocoon avoiding bursting out of my shell, whereas Sally-Anne was a full blown, fully fledged professional butterfly. I was overjoyed to have met someone so comfortable in her own skin and so unapologetically content with who she is. She lives her teachings and wears her heart on her sleeve. Even at difficult times and during challenging periods, when keeping up the glow may seem impossible. What I believe keeps her light shining during the darker days is compassion. She holds compassion for herself, which transcends to her students. She deeply listens to what she needs in mind, body and spirit and makes space for a nurturing process to unfold. Hence ‘Operation Slow Down’.

Sally-Anne has been very open about her desire to start a family and about her journey towards preparing for motherhood. I was honoured to hear intimate and inspiring details of her journey thus far, including some of the physical challenges she has dealt with already. From being told as a teenager that she doesn’t even have a womb. (This has gratefully since been disproven and as such was a ridiculous medical diagnosis). To being told that she could indeed become pregnant with a treatment that her and her husband are wholeheartedly undergoing with love, Operation Slow Down and patience.

Sally-Anne embodies the Mother within her and, as a little cocoon wrapped girl wandering in India, I felt this first hand, whether she realised it or not. This mothering quality, I believe serves her teachings so powerfully, when holding space for her students, as if they were one of her own. As a student, you feel in safe hands, you feel the want to listen to Sally-Anne and feel the need to absorb whatever nuggets of life she brings to her classes. She harbours a grounded steadiness when instructing, whether you’re bouncing into handstands or moving through a slow flow. What I noticed in her class was the sheer range of age and physical ability in the room. A class described as ‘all levels’ should do exactly what it says on the tin. However, speaking as a teacher myself, that’s hard to cater for. I could see new and experienced practitioners in the room and feel comfortable to say that everyone was taught that day, to exactly how they individually needed to be. This skill of hers, to relate and appeal to a huge demographic of people in the yoga world, is so refreshing, inclusive and necessary to acknowledge.

It is therefore with great pleasure that I can now announce that Sally-Anne is in fact Pregnant and will soon have that little family that she so deserves.

If you’d like to retreat with Sally-Anne, email sallyanne@yogalightvibes.com to reserve your place on one of her next retreats, either in the UK or Ibiza towards the end of 2020 or Goa in Feb/March 2021.

Keep an eye on on her website for latest updates, especially given recent travel restrictions:http://www.yogalightvibes.com

Get in touch with Sally-Anne directly to enquire about Pregnancy Yoga classes online and also Baby & Toddler Yoga, which will be popping up on her virtual schedule towards the end of the month.

For Sally-Anne’s main studio classes, when they are back up and running, visit her @ Yoga Home, East London: 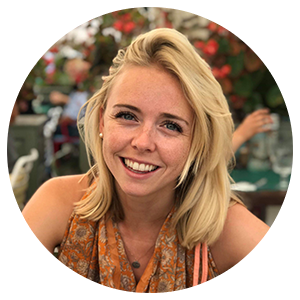